On Tuesday 3rd March 2015 a group of young people from STEKA children’s home visited the community of Ndirande, to carry out an assessment of the damage following the heavy rains earlier in the year. The young people were accompanied by Godknows Maseko (Founder, STEKA), Pastor Banda (Child Protection Officer, Office of Social Welfare) and Caroline Grace (Founder, For Their Future). The report that follows is written by the young people of STEKA children’s home…

We children at STEKA (Step Kids Awareness), after observing how the heavy rains had affected the people of Malawi, felt that we should not just stay without doing anything, but should assist (what we can afford). After observing that the people who are assisting are only helping elders, we felt that as children we should assist our fellow children as well. So as a starter, with the little that we have, we decided to focus on 10 houses in the community of Ndirande.

Firstly, we visited Ndirande in the location of Zambia, where we met Anne Yakobe, aged 11 who is in standard 5 at Nyambadwe Primary School. She lost her father five years ago and her mother is chronically ill (suffering from cancer). The house is in a serious condition and needs to be rebuilt immediately. The family are lacking school materials, food and clothes.

Secondly, we visited Lucy and Taweni (in the same location). Taweni is 14 and schooling at Nyambadwe Primary School, Lucy is 13 and attending Chitsime Primary School. The family are in need of school materials and the house needs to be rebuilt. No-one in the family has an income.

Thirdly, we visited Philip (in the same location). Philip is 15 and attending standard 7 at Chitsime Primary School. Philip is in need of school materials and for his home to be rebuilt. Philip is currently sleeping at his uncle’s house where he feels very uncomfortable.

Fourthly, we visited Chimwemwe and Jennifer (in the same location). Chimwemwe is the first born of 12 children and dropped out of school when she was in form 1. Chimwemwe has a 4 year old child but would like to complete her secondary education. Jennifer is the second born of the same family and also dropped out of school in standard 8. Jennifer has a 3 week old child but would also like to complete her education. The father of Chimwemwe and Jenifer works as a guard and is supporting a total of 21 children and grandchildren. He cannot afford to rebuild his house.

Fifth, we visited Naomi in the location of Kachale. Naomi is 3 years old and attends Chembekezo nursery school. Her father works as a tailor but struggles to support his daughter who is in need of food, clothes and bedding.

Sixth, we visited Steve Gunde (in the same location) who is 2. His father is a hardware keeper but struggles to support his son who is in need of bedding and clothes.

Seventh, we visited Gracious Matekenya (in the same location) who is an orphan living with his granny, who sells sand for a living. Gracious attends a nursery school but needs bedding, a mosquito net and food.

Eighth, we visited a family of 3 children in the same location. The first born in this family is 13 years old and attending standard 6 at Chitsime Primary School. The second child is 9 years old and in standard 3 at the same school. The third child is 2 years old. Their mother sells biscuits and sweets to earn a living. The children need food, soap, bedding and for their house to be rebuilt, as they are currently staying with a neighbour.

Ninth, we visited a family of 5. The first child is 20 years old but is not staying with the family. The second is 19 and in form 3 at Ndirande Hill Secondary School. The third is 15 and in form 1 of the same school. The fourth child is 5 years old and in standard 1 at Makata Primary School. The father died and as well as needing to rebuild their house, the children need books, pens, school fees and clothes, as their mother is struggling to support them.

Tenth, we visited a family of four children. Two children work selling meat and two children attend school. Stephano is in standard 5 at Makata Primary School and Simon is in standard 8 at Ndirande Hill. The children need clothes, food, books, pens and bedding as well as having their house rebuilt.

After assessing the needs of these 10 households, the young people at STEKA had a meeting and agreed to assist the children of these homes, by asking well-wishers to provide resources and funds. They would like to raise a total of kw800,000/£1200/$1800. The young people at STEKA were shocked by the extent of the devastation of homes and business properties in Ndirande and would especially like to support Anne Yakobe (the first house to be visited) by renovating her home. The young people of STEKA would sincerely appreciate your support to improve the lives of those children suffering current hardship in Ndirande. Please contact us at STEKA if you would like to provide a donation. All donated items will be distributed on Saturday 4th April 2015. 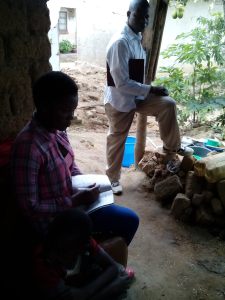 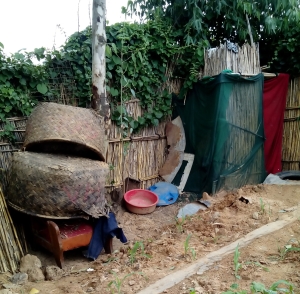 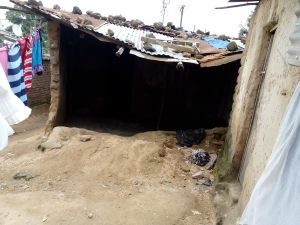 My name is Heather. I met Godknows and Hellen Maseko in 2010 and the rest is history! I am currently living in Ohio, but eager to get back to Malawi! A little more about me: Pediatric RN, PACU, HIV/AIDS, anti-slavery (USA& abroad), Population Health, sustainability, AFRICA (Malawi in particular, where the rest of my family lives)... View all posts by STEKA Kids